Where Do Texans Pay The Highest Property Taxes?

Government data published by Smart Asset shows the total cost of local governments across the United States. After taking into account the home values, the median Texas homeowner pays the 4th highest effective property taxes nationwide. Locally though, the families in Fort Bend, Collin and Travis counties pay the most within Texas.

The calculation for this data is pretty straightforward. It looks at the median home value inside each county, and multiplies it against the average total property tax rate given by all taxing authorities (cities, counties, schools, etc.)

The result is a county by county ranking in each state that identifies where the total cost of all local governments is the highest for homeowners.

Below are the Top 25 Texas counties (out of 254) where taxpayers pay the highest total property tax payments, from highest to lowest. 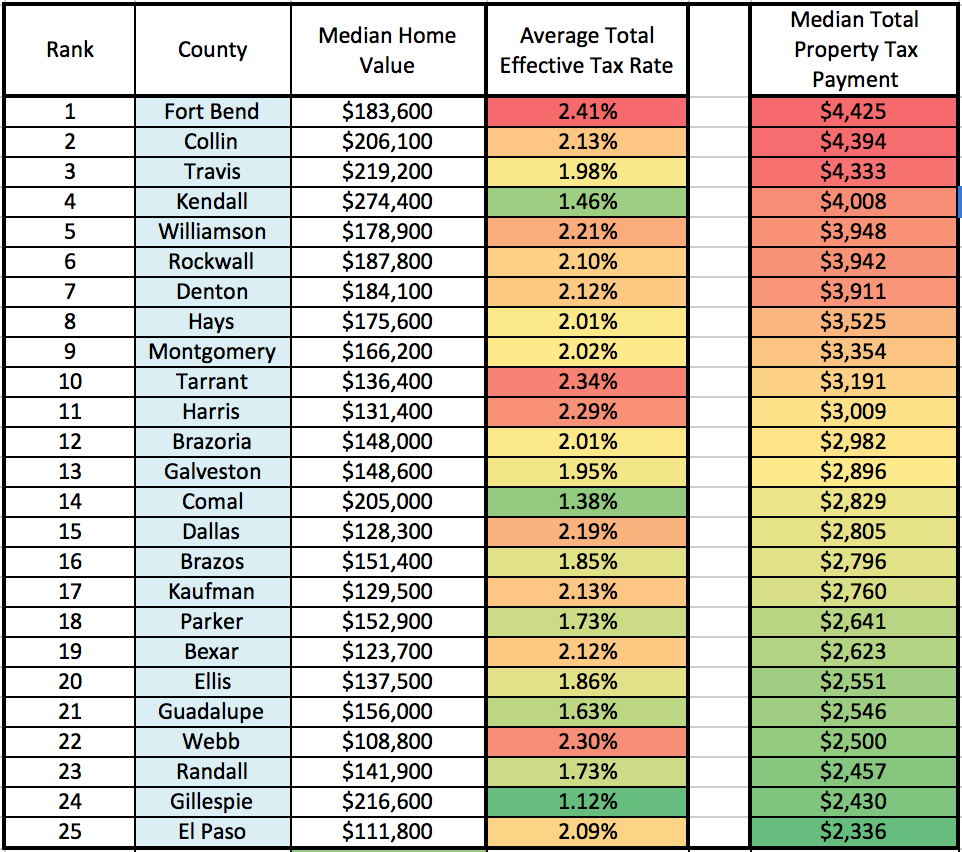 Here are two notable facts about the data.

In short, the above rankings show where the total cost of all local governments is the highest for homeowners, AFTER adjusting for home values. In doing so, they illustrate how tax rates are NOT the big picture of the tax burdens imposed on homeowners, because property values can vary considerably.

So let’s explore what is driving these higher tax bills? I can tell you it’s NOT appraisal increases. Generally speaking, higher burdens ultimately results from local officials refusing to lower their tax rates enough to offset high appraisal values.

The best example of this is shown under Kendall County, where homeowners pay the 4th highest tax payments due to extremely high property values, despite facing a total property tax rate LOWER than the next 19 most burdened counties.